The Story Machines Can’t Tell: How to Use Narrative Language So Your Content Doesn’t Read Like a Bot

The Story Machines Can’t Tell: How to Use Narrative Language So Your Content Doesn’t Read Like a Bot

I talk a lot about writing marketing content for humans, and putting a human touch on technology content …

But considering that we are living through a high-growth period for AI, with machine-written content on the rise, human content can take on a whole new level of meaning.

So what does it mean to say that content is human?

Think about the (probably hundreds … or thousands) of emails sitting in your spam folder right now. What are some easy ways to tell they’re not “real?”

Scammers are getting craftier as time goes on, but the average consumer has learned to spot these red flags:

As it turns out, these are also common neural net mistakes. That is, these are mistakes that trained neural networks (bots) often make when they generate text.

In her article on telling apart AI and humans in text, AI researcher Dr. Lana Sinapayen also points out these other two common neural net mistakes:

Does this mean that human-written content has fewer mistakes? Not at all. Humans just make mistakes in different ways.

According to Dr. Sinapayen, “Humans might make mistakes, but they are human mistakes: syntax, grammar… Computer mistakes are mistakes of meaning.”

In my explorations into the topic of human content vs robotic content, mistakes of meaning was the lynchpin.

Algorithms don’t understand meaning. The subtleties of putting words together to form ideas are distinctly human.

If the text has no meaning, there is no story.

Even the most abstract poetry tells a story … if it’s written by a human.

The Turing Test, named after Alan Turing, is the gold standard test of how close a machine comes to human intelligence. In the standard test, human evaluators watch a text conversation between a human and a machine. If the evaluator cannot tell the machine from the human, the machine has passed the test.

How did they know which poems were written by humans versus machines?

“… one of the judges remarked that the sonnets he picked out as machine-made didn’t seem to be about anything—even if the words all went together well and there were coherent phrases or even fully formed lines around a given subject. In short, what was lacking was a narrative. Narrative is difficult to articulate in an algorithm (but we’ll continue to aim for it in next year’s competition). In fact, as the essence of storytelling, it is arguably one of the most human of activities.” (emphasis mine)

The conclusion I draw from this is that narrative is what makes content human.

If you want your marketing and sales content to resonate, and not leave your audience scratching their heads and saying “I feel like I’m missing something … ” — focus on narrative.

Focus on the story.

Take your reader through a beginning, middle and end …

And leave them feeling satisfied instead of stumped. 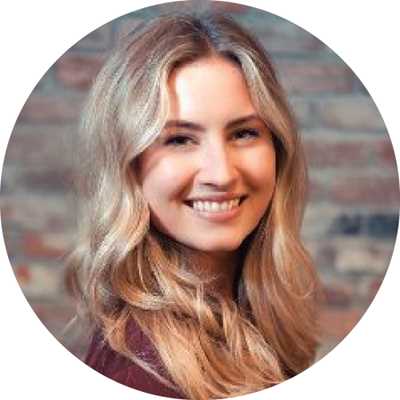 Jessica came highly recommended — but of course, it’s always interesting when you bring someone new on board to work on your projects. I was thrilled to find that she was quick to respond, enthusiastic, and had an uncanny ability to grasp and tackle complex projects. Especially since my team digitally supports an abundance of SAP products and initiatives!

If you’re not quite ready to reach out, but you want to keep Horizon Peak on your radar, subscribe to our VIP list using the form on the right.

Your privacy is important to us. Unsubscribe at any time.